In the Messages book, we have seen mentions of many religions such as Christianity of course, Islamism, Buddhism but we haven't seen the mention of Hinduism. Is it because Hinduism claims things like 33 crore Gods, etc. thus defying the mission of demystification of the reason is something else? Most Gods, like the Krishna and Shiva, have been visualized as their skin to be blue colored. Goddess Durga has 10 hands, Devil Ravana has 10 heads. Are these the experiments of the Elohim to modify and engineer DNA in order to create species like this which have been misinterpreted as gods with 10 hands and devil with 10 heads and the reason behind blue skin color? We know these gods don't exist or even if creatures existed like this, it may be the experiments of the Elohim and were put on earth. It is not mentioned in the Messages book, but still, it would be awesome to discuss this so my question.

Maitreya on November 15, 66aH (2011) answers questions of Junzo regarding links between Hinduism and Raelism:

Who are the real prophets in the Hindu religion?

There were many messengers founding Brahmanism which then evolved into Hinduism, but they were wise enough not to make people love or remember them more than their messages.

What is the real origin of all the gods of Hinduism: Shiva, Ganesh, Rama, Vishnu, Brahma, Hanuman, Lakshmi, Saraswati, Kali, Durga, Krishna?

All these “gods” were Elohim.

What represents exactly the symbol, Om?

Om is only a Sanskrit character.

What is the best way to help India in knowing the Message, while a big part of Indians is still illiterate and starving?

Spreading the Messages, explaining that all their gods are Elohim, and focusing on the Swastika which is more important than OM, and also bringing them back to Brahmanism, the origin of Hinduism which is much more truthful and is, in fact, similar to Raelism as it is the religion of infinity in time and space and without any physical god.

We do not have direct information on why Hinduism is not more mentioned in the Messages...

But since the future of humanity is at stake and the ones with the most power to do damage are Judeo-Christian countries (USA and NATO countries + Israel), it is our guess that there was an urgency for the people of these countries to be made aware of the Messages first - and Rael was born in France.

Our Creators chose to use the name that the Hebrews gave them "Elohim". The Torah and other Hebrew writings are at the origin of the Bible, as you know (the Old Testament). This is what helped people in Western countries make the connection.

If the Elohim had chosen Hindu mythology to describe themselves, Hindu people might have understood, but the dangerous Western countries wouldn't have had a clue, and who knows... humanity might have already been destroyed by now.

As to the color of skin, the Elohim have a slight olive tone, but they make use of biological robots which could have different colors.

As to having 10 hands and such, it could simply be a misinterpretation of some prosthetic device used by the Elohim, in the same way, that we use robotics when doing explorations on other planets or even in the bottom of the seas.

Take into account that all these descriptions are from thousands of years ago, so things get distorted with the passing of time. Also take into account that at the time, people were primitive and they had no idea about science and technology, so they described what they saw the best they could, but unavoidably it was not accurate for lack of scientific knowledge. 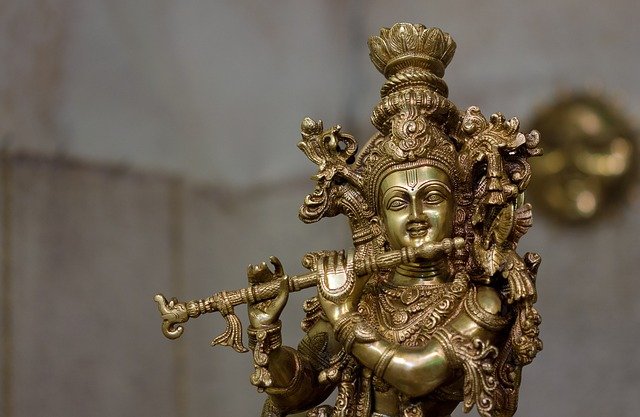